I was born and raised in Fiji. As I finished high school, I was awarded a scholarship and attended university in Fiji. While there, I was awarded another scholarship. This scholarship is called “Aus Aid travel” and allowed me to study dentistry in Adelaide, South Australia. I graduated from the University of Adelaide in 1996 with a Bachelor of Dental Surgery.

After briefly working in Alice Springs in 1997, I returned back to Fiji where I resided and worked until 2008. During this period I established a private dental surgery from scratch. This period of my life was quite interesting.

It saw me getting married, having my small family, becoming a lecturer at the, then called, Fiji School of Medicine, becoming the only accredited dental surgeon at the local private hospital. I was nominated and invited by the Ministry of Health to be on the Fiji Dental Council, which oversaw the practice of Dentistry in Fiji. I remained on the council until I immigrated to Australia. I am also known in Fiji for being one of the first dentists (along with a colleague) to introduce Dental Implants to Fiji.

Working in isolation in a developingcountry, I quite often felt the need and desire to keep up my knowledge and skills on par with my colleagues in first world countries. That desire took me to Kings College in London, in 2002. I started studying for a Masters degree and on completion, in 2008, I was awarded a Masters of Clinical Dentistry in Prosthodontics with Distinction from Kings College of the University of London.

Prosthodontics is a field of dentistry that involves advanced restorative/reparative therapies of teeth using fixed prostheses like crowns, bridges, veneers, implants etc, to encompass cosmetic dentistry and rehabilitation therapies for those who have severely diminished/deteriorated dentition.

The most memorable parts of my life in Fiji have to be the birth of our 2 sons, me rising up to a rescue diver level in Scuba Diving, achieving a Black Belt in Martial Arts, building, construction and renovating old houses. To top it all off, a friend and I re-built a full Land Rover 4WD jeep from parts imported from the UK. That Land Rover came across to Australia with me and still remains my daily car after 18 years of life

I returned back to Australia in 2009 and arrived in Darwin in 2010. We set up and started our new life calling Darwin home and established the current surgery. It took one year to build but eventually, we got there.

In 2012, I decided I needed to return to my studies. This time I enrolled with Goethe University in Germany to study towards a Masters of Science in Oral Implantology. I successfully completed my thesis in 2015. 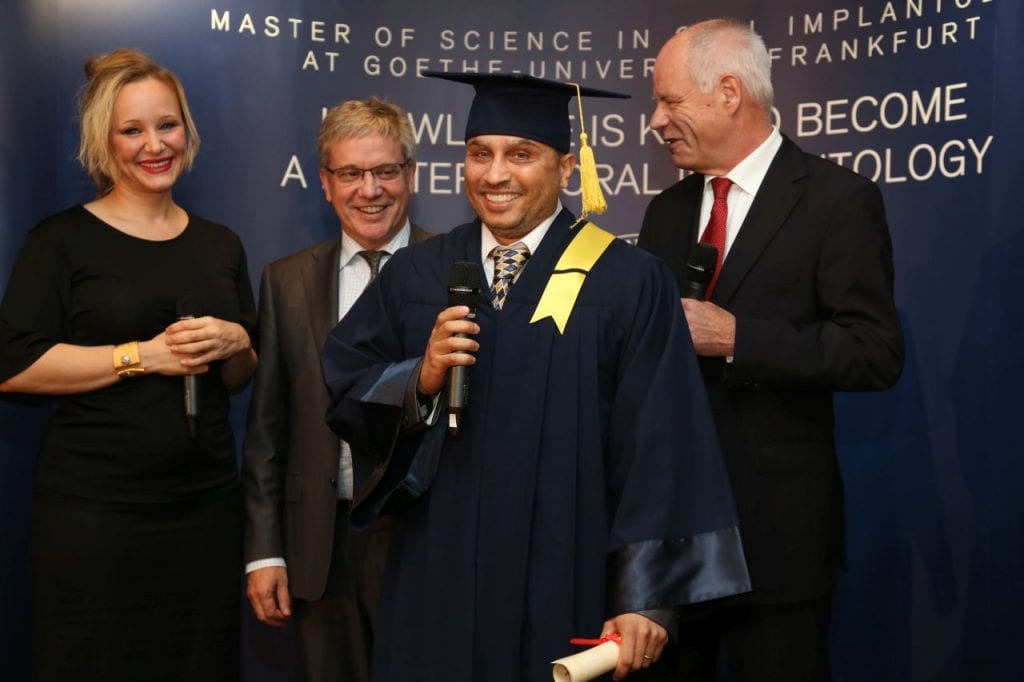 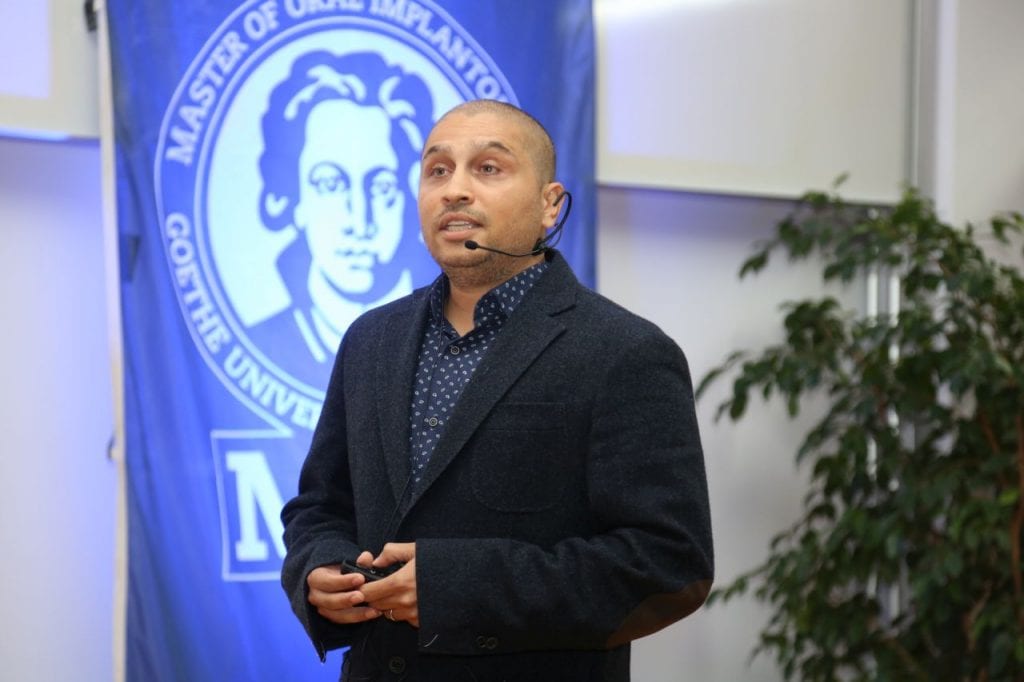 I have also had the good fortune of being able to undertake advanced implant surgery training at Anatomy School of Vienna Medical College, in Austria.

Currently, I am working with a group of highly skilled dentists from around the world under the head leadership in Italy on the pioneering practice of welding titanium frames directly in the mouth.

My professional engagements also include being a teacher and key opinion leader for bone and soft tissue regeneration for a leading bone regeneration company.

I have a lovely wife, two sons and Coco, a rescue dog I found at Subway in Nightcliff. She decided to pick me as her master after I bought her a 12inch sandwich roll on the night I found her.

My interests include tinkering with audio-visual equipment and enjoying my home cinema theatre, I’m a 4WD enthusiast. I like woodworking and have interests in trades that require you to work with your hands.

I have strong cultural and family values. After a lot of soul searching, I have now developed our mission statement and our 10 commandments that dictate the way we think, plan and care for our patients. At Extreme Dentistry, we want to be transparent in the way we work and build our relationships on trust.

At Extreme Dentistry, we offer specific and personally tailored dental treatments to suit you and your individual needs, so you leave us feeling educated, empowered and completely satisfied with your results. We focus on delivering cutting edge dental care using modern treatment techniques with an emphasis on patient education and making each visit a comfortable and productive experience. Our qualified, reliable and friendly team is here to look after your well-being and Dr Anand will fix your dental problems in a timely and effective manner.

Our Philosophy: The philosophy of our practice is to provide the highest quality dental care and advice while treating patients as a whole. We work hard so you can sit back, relax and have a dental experience that is actually enjoyable.

A note from Dr Anand:

“I want to practice LIFE CHANGING dentistry. In seeing me, patients will experience dentistry at its best and realise the ultimate goal of dentistry which is to prevent the deterioration of teeth and gums and restore health and function so that the cosmetics and function of your smile are maintained. I want people to learn to appreciate their teeth through my dentistry. I don’t want to go on patching up teeth and setting them up for failure eventually. I would rather take a fixed for life approach to treatment. I enjoy caring for mature age patients to help replace missing teeth, fix remaining teeth and get their oral health near perfect so that they are good to go for another 50 years of healthy living, free of dental issues in later life.

Fix for life is a motto I live by. I like solid fool proof type of work, so I know the problem is sorted for life. I enjoy working with patients who have a genuine desire to make an effort to learn how best to look after their oral health,” Dr Anand.

For dental care with a difference, why not call us today on (08) 8948 1225 to begin a lifetime of beautiful, healthy smiles!