We all undergo wear and tear throughout life. So do teeth. Rehabilitation of tooth wear in necessary in advanced cases. 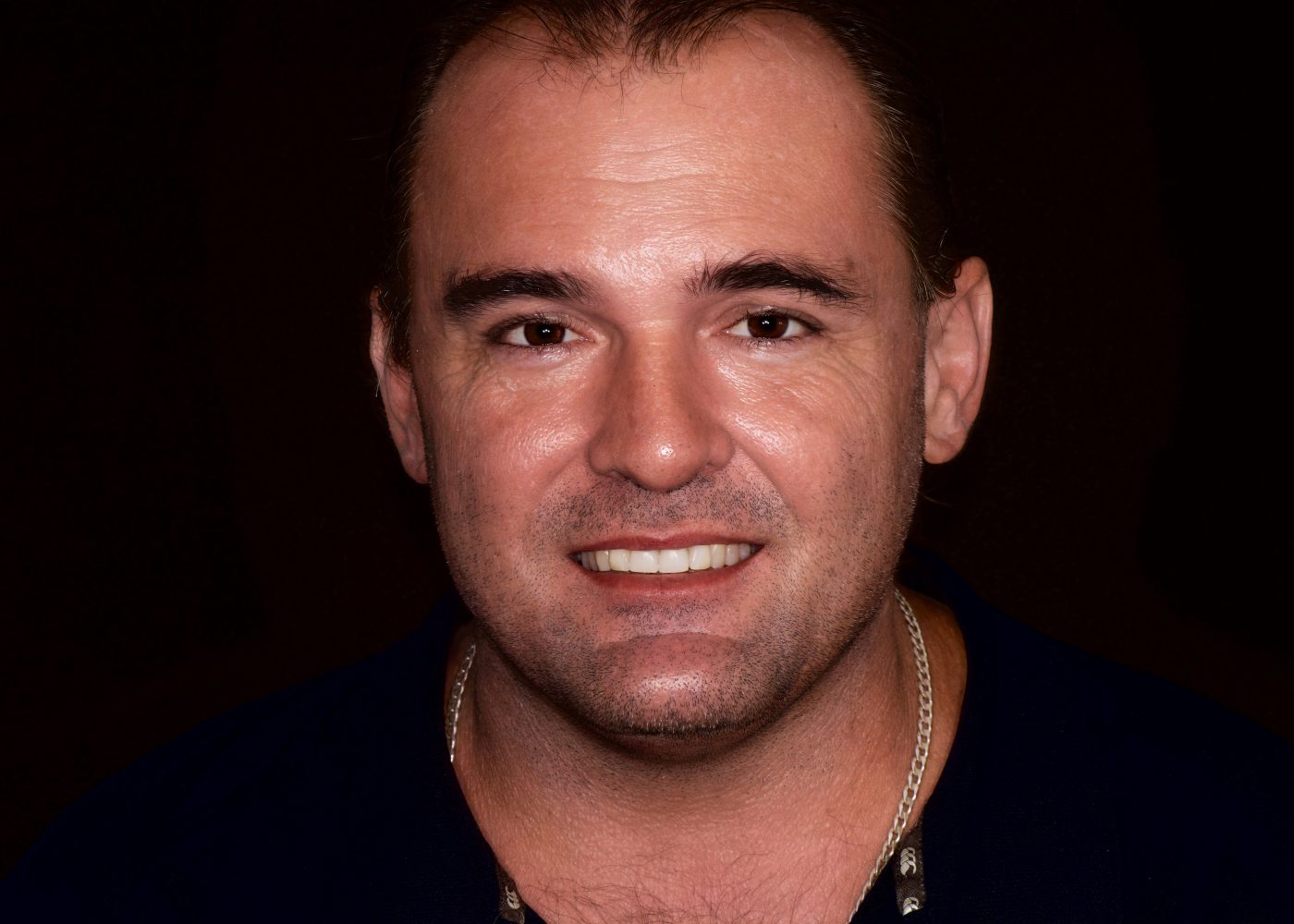 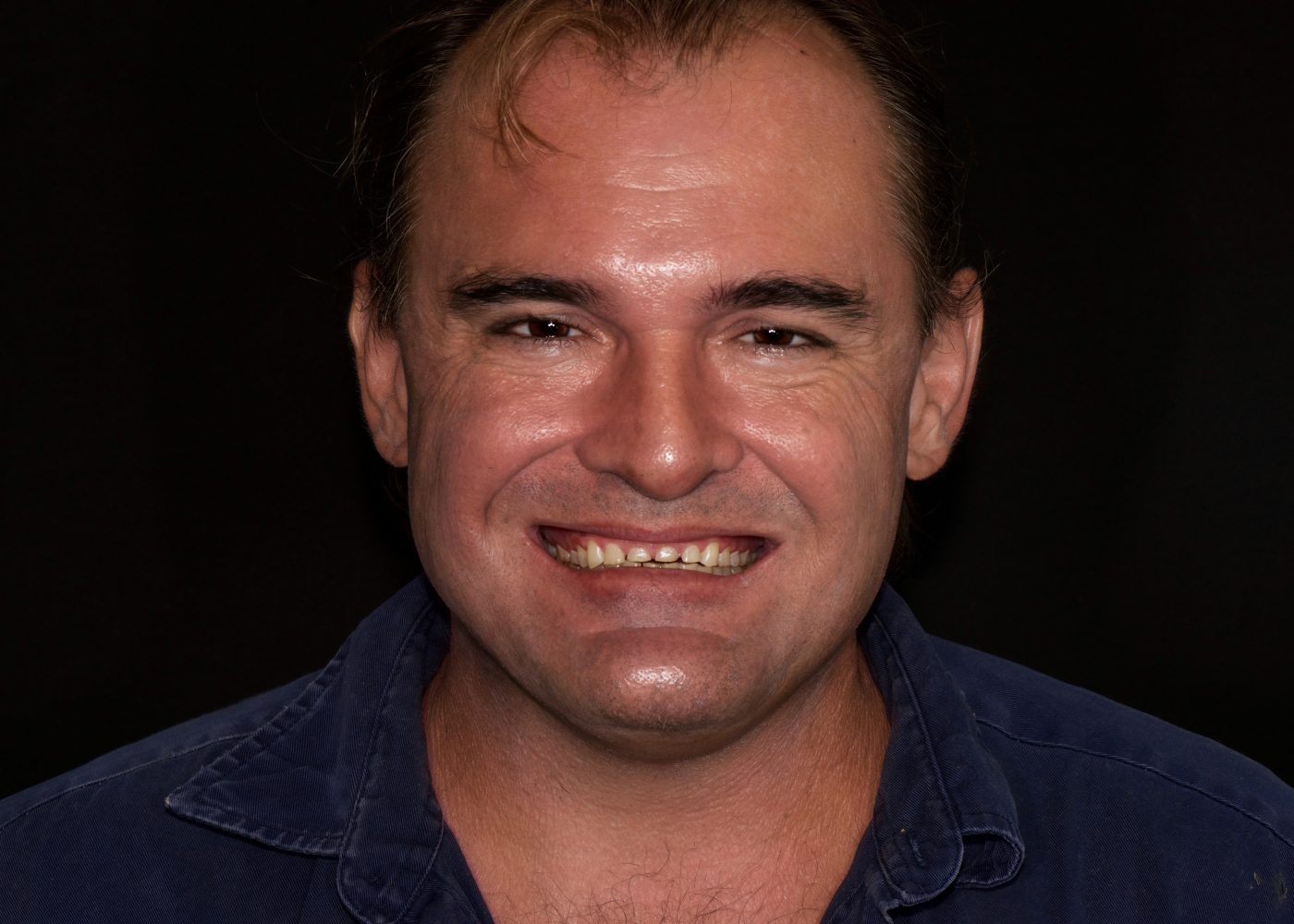 This is Tim. When most people age, their teeth get longer through the loss of gum and bone around the teeth. Tim was the opposite.

Tim has strong gums and bone but was getting shorter and shorter teeth through them being worn down. He was grinding his teeth away at night while he was sleeping!

A lot of people grind their teeth in their sleep but never realise the damage they are doing and don’t believe their dentists when they are warned.

In Tim’s case, there was a short fall in the display of his teeth when he smiled, and his teeth were too small for the 6-foot hulk. The force he was exerting on his little teeth were too much and his bite was collapsing.

We intervened by gauging how much display the smile should have and then recording how much the bite needs to be opened to reverse the over-closing of his teeth.

The front teeth were built up in full using composite resin and the back molars were capped with non-wearing metallic crowns. This way, Tim’s new bite could be preserved without collapsing again. Going forward his front teeth will need ceramic crowns at some stage.

All planning and dentistry were performed by Dr Anand.